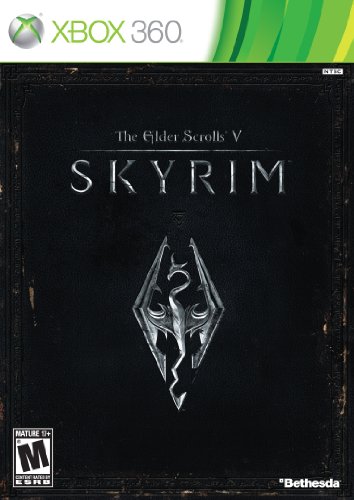 Rating: Mature
Overview
Control infinite intertwined destinies in ?Elder Scrolls 5: Skyrim.? Gameplay mechanisms transcend the limits of traditional fantasy epics to deliver endless varieties of possible actions and outcomes. Bethesda Game Studio expands their notoriously rich landscapes to cultivate an evolved sense of natural physics. The full-bodied adventuring enigma is complete with hundreds of spells and weapons. Graphics have been pushed to the limit to maximize seamless navigation motions and rewarding combat maneuvers. An open world grants players unyielding freedom to conduct their own story based on nuanced decisions and accomplishments. At the onset, players must rescue The Empire of Tamriel from the brink of dissolution after The High King of Skyrim has been assassinated. To exacerbate matters, dragons have reappeared to provide insanely challenging battles. As the visually compelling journey progresses, players come to harness their own identity as a Dragonborn.
The products below contain affiliate links. We may receive a commission for purchases made through these links.
Advertisement

Game Release Dates is the best source to find out when does Elder Scrolls V: Skyrim come out. Dates do change so check back often as the release approaches.
Privacy Policy
Copyright (c) 2021 www.gamereleasedates.net