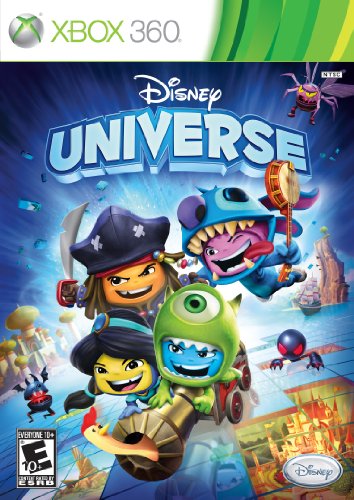 Rating: Everyone 10+
Genre: Adventure
Overview
When guests find themselves stuck in Disney Universe it is your job to save them. You will put on your favorite character?s costumes and challenge infamous Disney villains. Beginning with levels based on Pirates of the Caribbean, you can dress as characters like Stitch and Donald Duck. You have to solve puzzles and attack your enemies to save the day. In the process of defeating Disney villains, you will collect coins and special power-ups that will help you unlock clothing and other Disney and Pixar goodies.
The products below contain affiliate links. We may receive a commission for purchases made through these links.
Advertisement

Game Release Dates is the best source to find out when does Disney Universe come out. Dates do change so check back often as the release approaches.
Privacy Policy
Copyright (c) 2021 www.gamereleasedates.net