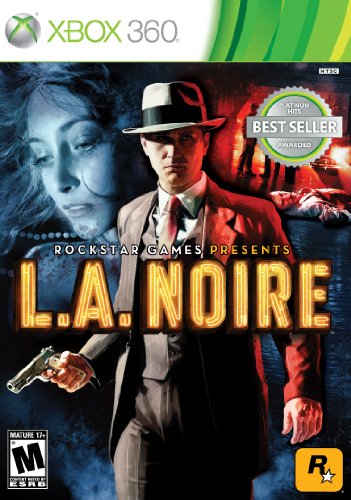 Rating: Mature
Genre: Adventure
Overview
L.A. Noire lets you engage in detective work during Hollywood's Golden age at the end of World War II. The setting is accurately reproduced on a block-by-block basis, and the stunning graphics were designed in homage to the classic noire genre. You take the part of detective Cole Phelps who has recently been thrown into a city that is succumbing to corruption and violence, and you have the task of saving the day and restoring justice to the gritty streets. The game is a single-player one that lets you solve crimes based on your interrogations and investigative abilities. You can search for clues and chase suspects through the L.A.'s infamous streets. With a variety of difficulty settings, you can work your way up while enjoying the outstanding graphics and non-stop action. As you move to the top of the LAPD, you'll have to overcome the challenges of solving crimes while dealing with corruption within the department.
Advertisement

Game Release Dates is the best source to find out when does L.A. Noire come out. Dates do change so check back often as the release approaches.
Privacy Policy
Copyright (c) 2020 www.gamereleasedates.net