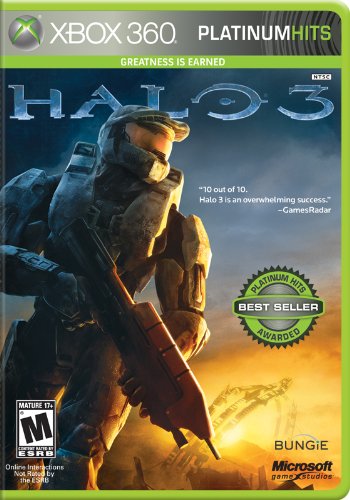 Rating: Mature
Genre: Adventure
Overview
Take on the role of elite super soldier 'Master Chief' to defend humanity from the alien religious zealots of the Covenant. In the 26th century, man has spread throughout the galaxy, but the Covenant is determined to obliterate them. Using a variety of high tech weapons and vehicles, players face off against Covenant on Earth itself before traveling to the edges of the galaxy in an effort to defeat Covenant forces. The storymode of the game allows solo play through as well as a cooperative mode with three other players, while up to sixteen players can face one another in modes like capture the flag and death match. This installment of the franchise also introduces cumbersome but powerful support weapons and a new class of gear collectively called equipment, giving players all new ways to customize their gameplay.
The products below contain affiliate links. We may receive a commission for purchases made through these links.
Advertisement

Game Release Dates is the best source to find out when does Halo 3 come out. Dates do change so check back often as the release approaches.
Privacy Policy
Copyright (c) 2021 www.gamereleasedates.net