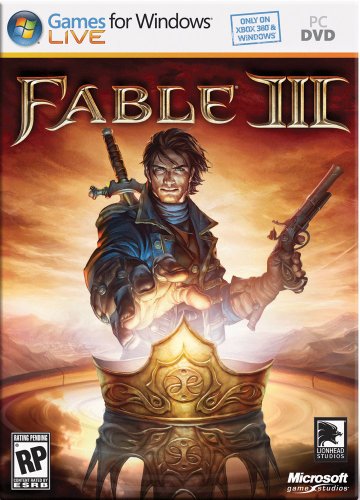 Rating: Mature
Overview
The continent known as Albion is under the control of a man named Logan. Not only is Logan the older brother of the hero, he is also a Tyrant King that is slowly destroying the kingdom. The hero has no choice but to start a quest to lead a revolution against his brother. This happens when Logan reveals to the hero that he was not the kind and compassionate person he pretended to be, but that he was in fact an evil tyrant. The hero must then make decisions over the course of many adventures in order to dethrone and overthrow Logan and become the ruler of the continent of Albion. Later into the adventure a terrible force from Aurora known only as the Darkness becomes a major threat to Albion, leaving the hero to once again decide how to save the continent.
The products below contain affiliate links. We may receive a commission for purchases made through these links.
Advertisement

Game Release Dates is the best source to find out when does Fable III come out. Dates do change so check back often as the release approaches.
Privacy Policy
Copyright (c) 2021 www.gamereleasedates.net