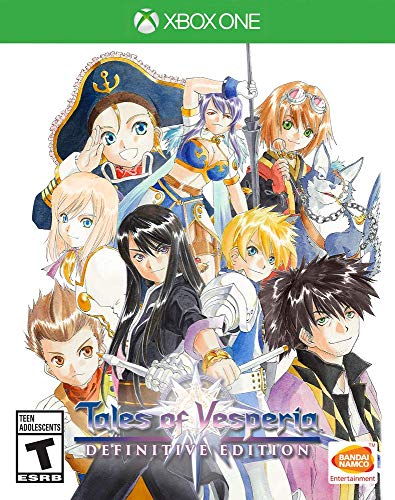 Rating: Teen
Overview
Tales of Vesperia is the tenth release in the Tales saga and naturally includes the latest evolution of the classic Tales battle system, allowing players move around freely across the battlefield to defeat their enemies in real time combat. A new encountered linking system allows players to engage more enemies than ever before, including surprise encounters and secret missions. With more immersive and details environments, Tales of Vesperia brings back classic arena mode, all new character costumes, and more character customization than ever before.
The products below contain affiliate links. We may receive a commission for purchases made through these links.
Advertisement

Game Release Dates is the best source to find out when does Tales of Vesperia come out. Dates do change so check back often as the release approaches.
Privacy Policy
Copyright (c) 2022 www.gamereleasedates.net