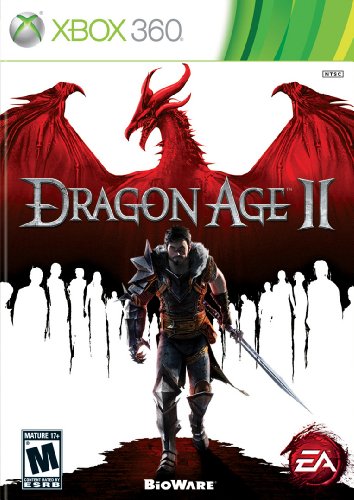 Rating: Mature
Overview
Dragon Age 2 is the sequel to the highly successful Dragon Age from publisher electronic arts. This iteration mixes up the formula from the previous game but also keeps many of the signature elements that helped to propel its predecessor to being a fan favorite among role playing gamers. You will have the opportunity to create a character that fits your interests and whims. From there, you will set about accepting various quests and attempting to recover items and right wrongs in a world that is characterized by its wildness and unpredictability. If you wish to be a brawler, build that sort of character and collect the best equipment for your raids and missions. If you wish to be a sorcerer, you'll want to level up magical stats and look for items that boost your intelligence. A rollicking adventure awaits.
The products below contain affiliate links. We may receive a commission for purchases made through these links.
Advertisement

Game Release Dates is the best source to find out when does Dragon Age 2 come out. Dates do change so check back often as the release approaches.
Privacy Policy
Copyright (c) 2021 www.gamereleasedates.net