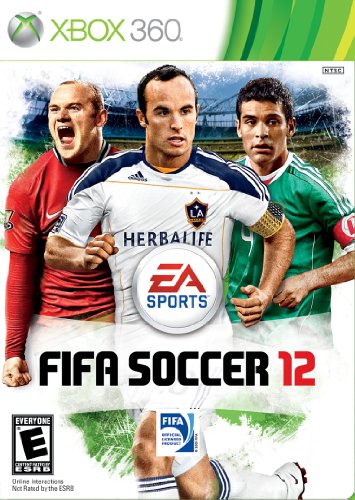 Rating: Everyone
Genre: Sports
Overview
FIFA Soccer 12 welcomes soccer fans into a virtual world that further popularizes the world's most popular sport. The new and improved Impact Engine simulates an array of soccer features accurately including ball physics, player kinematics, player decision making and other precise and intelligent movements. Players can also expect the pitch to be influenced by real time factors such as weather. A new Tactical Defending and Pro Intelligence game engine makes opponents and teammates in FIFA Soccer 12 very smart and difficult to handle. The age of old predictable computer simulated opponents is virtually unseen in this soccer game. Dribbling, injuries and other events on the soccer pitch are also simulated properly. FIFA Soccer 12 features more than 500 different licensed teams from all over the world. Users have the joy of accessing more than 15,000 different professional players.
The products below contain affiliate links. We may receive a commission for purchases made through these links.
Advertisement

Game Release Dates is the best source to find out when does FIFA Soccer 12 come out. Dates do change so check back often as the release approaches.
Privacy Policy
Copyright (c) 2021 www.gamereleasedates.net