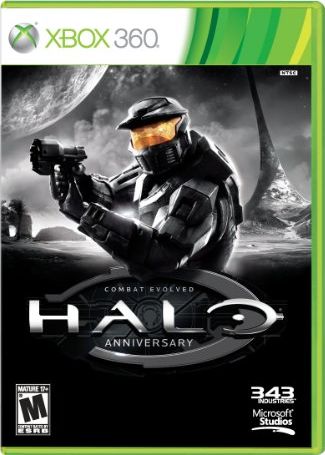 Rating: Mature
Genre: Action
Overview
The new Halo: Combat Evolved Anniversary edition convinces players to relive the original Halo game once more. Halo is a popular multiplayer and campaign first person shooter game that just keeps getting bigger. The Combat Evolved Anniversary edition features a new storyline and new challenges for players when the go back into the world of Halo. Players must help save earth from aliens that are based on the alien artifact Halo. While on Halo, players must fight through a deep underground labyrinth in order to protect humans and find out the secrets of Halo. Halo: Combat Evolved Anniversary includes fighting on vehicles and fighting on foot. Players can choose to drive buggies, tanks and even flyers. On the other hand, players can also choose to use the guns while another player drives the various vehicles that are available in the game.
The products below contain affiliate links. We may receive a commission for purchases made through these links.
Advertisement

Game Release Dates is the best source to find out when does Halo: Combat Evolved Anniversary come out. Dates do change so check back often as the release approaches.
Privacy Policy
Copyright (c) 2021 www.gamereleasedates.net