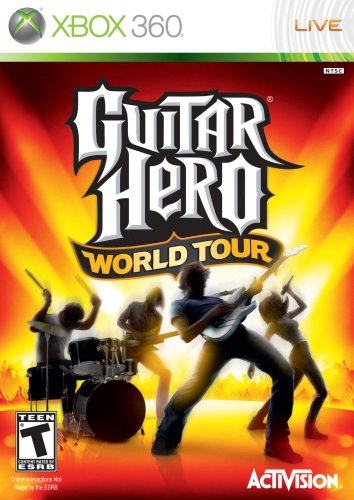 Rating: Teen
Genre: Musical
Overview
Get ready to rock around the world in Guitar Hero World Tour! Customize your very own rocker and play on vocals, guitar, bass, or drums at real venues around the world. You can even play as real life musicians like Jimi Hendrix and Ozzi Osbourne! Got a knack for writing music? You'll get the chance to strut your stuff in the new Music Studio, where you'll be able to make your own songs to play on tour! Once again you'll have an amazing list of songs to play sets from and be able to create a band with up to three additional players. Go head to head online with other bands in Battle of the Bands and find out who's the best band of them all. Rock on!
Advertisement

Game Release Dates is the best source to find out when does Guitar Hero World Tour come out. Dates do change so check back often as the release approaches.
Privacy Policy
Copyright (c) 2020 www.gamereleasedates.net