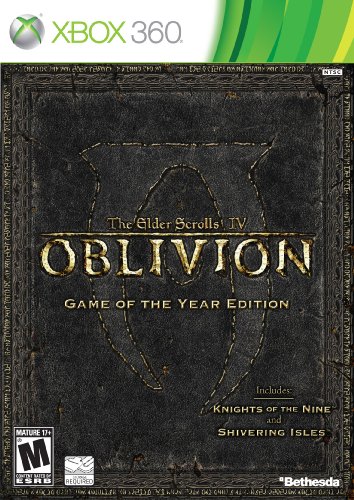 Oblivion Game of the Year Edition

Rating: Mature
Overview
Bethesda's epic roleplaying saga, The Elder Scrolls, continues in the Oblivion: Game of the Year Edition release. Enjoy the base game, DLC and expansions in one package as you fight to save Cyrodiil from the sinister Mythic Dawn cult. You can develop your character's combat skills as a spell-slinging mage or heavy-hitting warrior or ignore the main plot and rise to the top of one of Cyrodiil's esteemed guilds. You choose how the game plays as you complete quests in any order, from the fast-paced main story to the scenic Pilgrim's Quest that has you visit shrines around the province. Become a hero or a villain, a priest or an assassin... the choice is yours.
The products below contain affiliate links. We may receive a commission for purchases made through these links.
Advertisement

Game Release Dates is the best source to find out when does Oblivion Game of the Year Edition come out. Dates do change so check back often as the release approaches.
Privacy Policy
Copyright (c) 2021 www.gamereleasedates.net