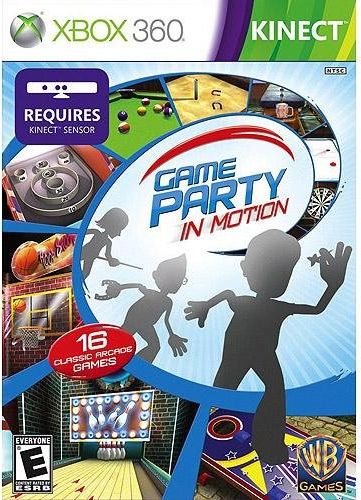 Rating: Everyone
Genre: Outdoors, Sports, Kinect
Overview
Game Party: In Motion is fun for the whole family. There are 16 arcade-like games as well as several mini-games to partake in. Family game night or a children's play date/sleepover is more fun with this group of games. Children can have a friendly competition to get the highest score and continue in a tournament style showdown. Some of the games include darts, table hockey and a basketball-like shooting game. Consider using the online game modes of this compilation to play against up to 16 random players in a tournament. Take turns playing in these types of matches and make winning a family or team effort. This will get the adrenaline pumping and promote some movement in the room. Younger children can play right along and work on developing coordination skills. It is as much educational as it is entertainment.
The products below contain affiliate links. We may receive a commission for purchases made through these links.
Advertisement

Game Release Dates is the best source to find out when does Game Party: In Motion come out. Dates do change so check back often as the release approaches.
Privacy Policy
Copyright (c) 2021 www.gamereleasedates.net