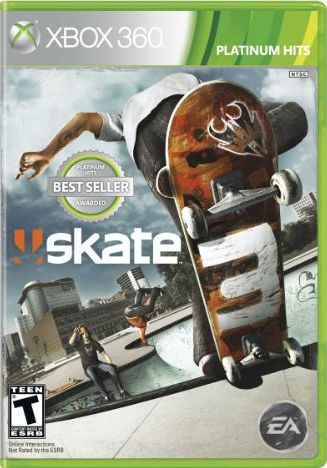 Rating: Teen
Genre: Outdoors, Sports
Overview
The Skate series has always focussed on the basics, as many players are surprised to discover upon first playing the games and finding out just how hard it is to pull off a simple move like a kick flip. That being said, this satisfying technical gameplay has garnered a great deal of critical praise and quite the fan following. This third entry in the series introduces a new setting, Port Carverton. In stark contrast to the skater-phobic city of San Vanelona from the first two entries in the series, Port Carverton is in fact rather appreciative of the skateboarding community, so you'll find plenty more places to skate without being disturbed by the locals. Skate 3 includes a host of online multiplayer modes as well as a full single player mode, character creator and skate park editor.
Advertisement

Game Release Dates is the best source to find out when does Skate 3 come out. Dates do change so check back often as the release approaches.
Privacy Policy
Copyright (c) 2020 www.gamereleasedates.net