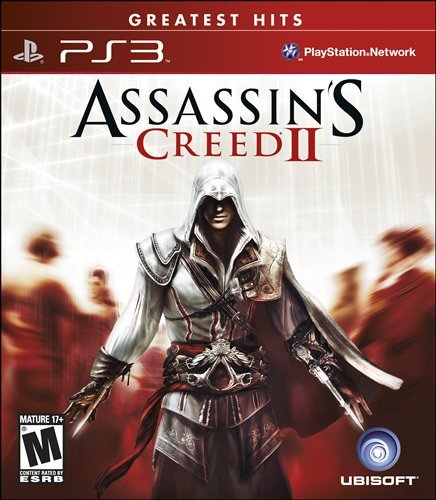 Rating: Mature
Genre: Action, Fighting
Overview
The newest assassin is an Italian warrior named Ezio. He lives during the Italian Renaissance at a time when the world is developing all of the riches that would be desired for centuries to come. Ezio is part of a long line of experienced assassins who get their assignments from a higher power and then carry them out with great precision. Ezio is allowed to roam freely throughout the studios of the great Renaissance artists and through the canals of Venice as he looks to complete each mission he is given. Ezio must build up his assassin's skills and find ways to get in and out of places without ever being seen or heard. He spends his time working to develop new weapons and honing the silent skills that will make him one of the most revered killers in history.
Advertisement

Game Release Dates is the best source to find out when does Assassin's Creed II - Greatest Hits edition come out. Dates do change so check back often as the release approaches.
Privacy Policy
Copyright (c) 2020 www.gamereleasedates.net