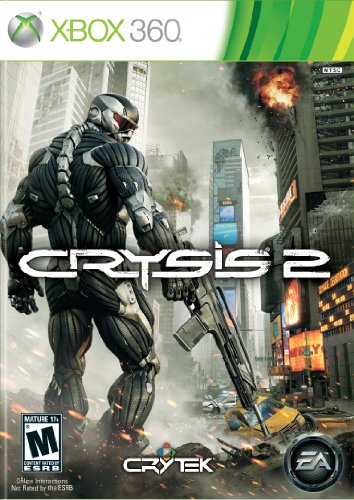 Rating: Mature
Genre: Action, Shooter
Overview
In the sequel to one of the most popular shooter games, Crysis 2 present a futuristic war against alien invaders. Set in New York City, the world has been destroyed by a series of environmental disasters and society is on the verge of collapse. Aliens have returned with a full force set on nothing less than completely annihilating mankind, by first targeting one of the world's most famous cities. The invaders fill the streets while the city's systems are in a constant state of chaos. Neither paramilitary enforcement nor the US military can stop the intruders. As the Nanosuit wielding supersoldier, take the last stand to preserve humanity. The game features challenging enemy AI with group behaviors that give realistic responses. The player's Nanosuit 2 can be customized with a number of weapons, and multiplayer action presents an unlimited combat dynamic.
Advertisement

Game Release Dates is the best source to find out when does Crysis 2 come out. Dates do change so check back often as the release approaches.
Privacy Policy
Copyright (c) 2020 www.gamereleasedates.net