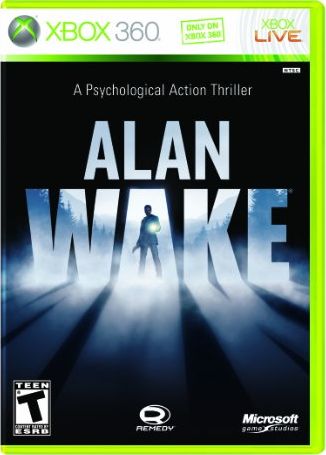 Rating: Teen
Genre: Action
Overview
Alan Wake's only desire was to escape his own tormented mind after losing his fiancee. A highly renowned writer by profession, Alan departs for Bright Falls in an attempt to recompose himself and leave the pains of his past behind him. In yet another unexpected turn in his life, he finds himself thrust into a nightmarish world shrouded in mystery and darkness. Play as Alan wake as he attempts to solve puzzles while fending off horrifying monsters that not even he, a suspense novelist, could conjure up from the darkest depths of his own imagination. Remedy sets an all new standard on game play and story combination in this psychological thriller. Will Alan remain forever cursed to this new life of his in Bright Falls or will he break free and finally open his eyes, leaving the terror of the haunting specters behind him?
The products below contain affiliate links. We may receive a commission for purchases made through these links.
Advertisement

Game Release Dates is the best source to find out when does Alan Wake come out. Dates do change so check back often as the release approaches.
Privacy Policy
Copyright (c) 2020 www.gamereleasedates.net