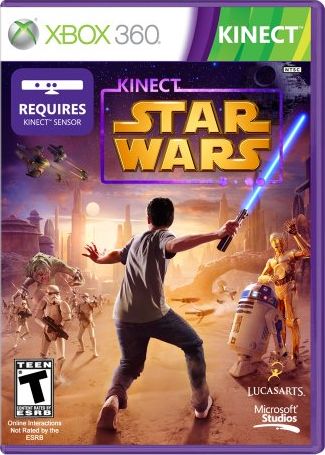 Rating: Teen
Genre: Action, Kinect
Overview
Kinect Star Wars offers fans of Star Wars a new way to play with their favorite characters from the entire series, with a range of minigames where you are the controller. Whether you're using force powers, twirling around your lightsaber or engaging in a dance off with Han Solo, there's always something different to do. In keeping with the game's light hearted fun, a selection of co-operative and competitive game modes are included to keep the whole family playing. However, for the solo player there's still plenty to do, such as a fully fledged podracing mode with races on different planets across the galaxy, and a duelling mode with several different opponents. Kinect Star Wars requires the Xbox 360 Kinect camera.
The products below contain affiliate links. We may receive a commission for purchases made through these links.
Advertisement

Game Release Dates is the best source to find out when does Kinect Star Wars come out. Dates do change so check back often as the release approaches.
Privacy Policy
Copyright (c) 2021 www.gamereleasedates.net