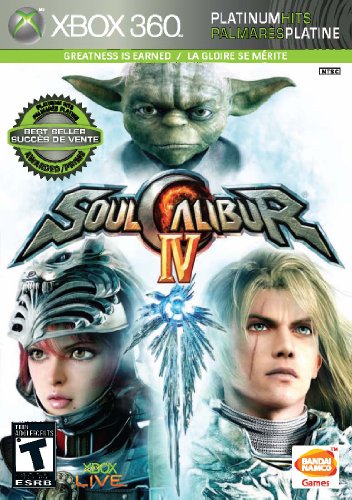 Rating: Teen
Genre: Action, Fighting
Overview
With five modes of game play, Soul Calibur IV provides endless hours of entertainment. Story mode follows traditional RPG game play, while arcade and training modes let you hone your battle skills using any of the numerous characters. Many characters return from Soul Calibur III, and others you probably know from the Star Wars films and games. A completely redesigned fighting system includes features such as Critical Finish, which makes use of your equipped items to finish off enemies. You can monitor your player's statistics, including health, attack and defense, from the menu screen. Your character's natural traits have an effect on the outcome of the game. While a female character may be quicker, a male character may rely on brute force. Unlike earlier games in the series, Soul Calibur IV lets you fight against other players over the Internet.
Advertisement

Game Release Dates is the best source to find out when does Soul Calibur IV come out. Dates do change so check back often as the release approaches.
Privacy Policy
Copyright (c) 2020 www.gamereleasedates.net