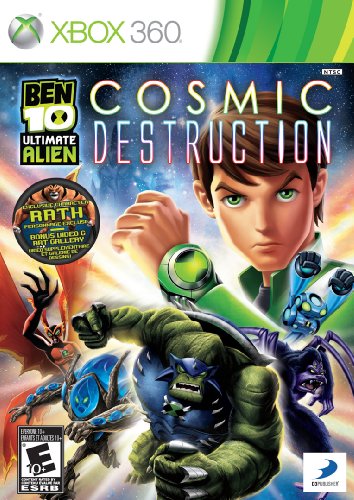 Rating: Everyone 10+
Genre: Adventure
Overview
The new Cartoon Network series Ben 10 is exploding with popularity! In this new game, you can play as Ben and up to 17 alien forms. Transform Ben into different alien life forms and in this game, you have the chance to transform him into the most powerful creatures ever. With a journey through an all new story as well as new music and art, Ben 10: Ultimate Alien provides a gaming experience that stays true to the show and it's fans.
The products below contain affiliate links. We may receive a commission for purchases made through these links.
Advertisement

Game Release Dates is the best source to find out when does Ben 10: Ultimate Alien - Cosmic Destruction come out. Dates do change so check back often as the release approaches.
Privacy Policy
Copyright (c) 2021 www.gamereleasedates.net