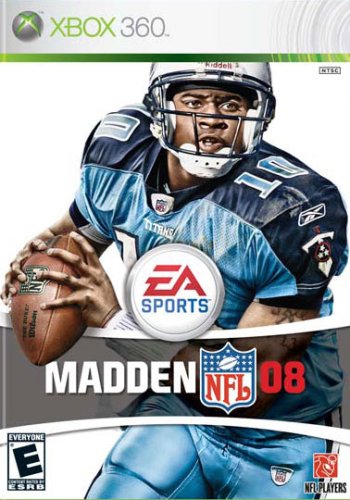 Rating: Everyone
Genre: Sports
Overview
Madden NFL 08 offers a customizable stat summary option as well as selecting what position to play on the field. The graphics move faster to prevent lag during plays with a fast 60 frames per second graphic processing technology. Players are also able to control the lead blocker while running plays to gain better yardage. As the season progresses, you want to try to make it to the Pro Bowl Hall of Fame. Learn power plays to beat the opposing team and learn their signature formations to counteract the opposition in order to stop them from scoring touchdowns, safeties and field goals. Perfect your 2-point conversion techniques and plays by using regular play formations. This will make the other team think that you are going for a field goal instead. This is the ultimate game for father/son time or for friends to stay occupied for hours.
The products below contain affiliate links. We may receive a commission for purchases made through these links.
Advertisement

Game Release Dates is the best source to find out when does Madden NFL 08 come out. Dates do change so check back often as the release approaches.
Privacy Policy
Copyright (c) 2022 www.gamereleasedates.net