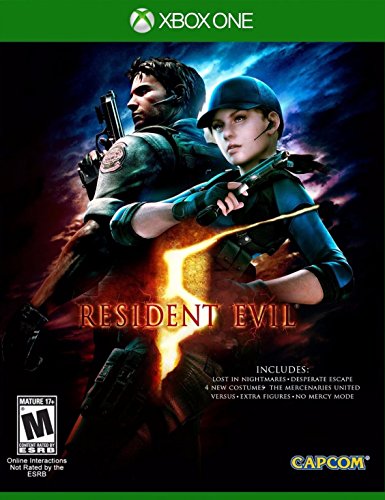 Rating: Mature
Genre: Action
Overview
Resident Evil 5 by Capcom is part of the Resident Evil franchise. This game has unique and new features to it such as the new co-op 2 player team mode available online and offline. This will be a strong asset when facing the new hordes of infected creatures with a much more higher AI than in previous games. With new technology in specially adapted for Resident Evil 5, the extreme environment of desert Kijuju will provide for new graphics and effects such as light adjustment for the varying times of day. This game places two agents in the field: Chris Redfield who's a former Resident Evil hero and Sheva Alomar who is an agent for the BioTerrorism Assessment Security Alliance.
Advertisement

Game Release Dates is the best source to find out when does Resident Evil 5 come out. Dates do change so check back often as the release approaches.
Privacy Policy
Copyright (c) 2020 www.gamereleasedates.net