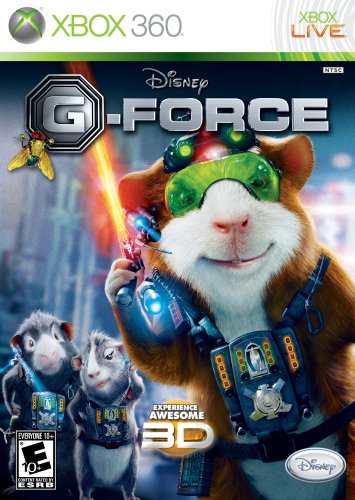 Rating: Everyone 10+
Genre: Adventure
Overview
The animated guinea pigs of Disney's blockbuster film enter the video game world to do battle with an army of robots using futuristic weaponry and gadgets. Each member of the G-Force squad possesses a special talent (such as flying or stopping time) which allows player to find multiple paths through levels. The game includes a stereoscopic 3D mode which can be viewed with a pair of bundled glasses. Some of the movie's voiceover cast reprise their roles in the game as well.
The products below contain affiliate links. We may receive a commission for purchases made through these links.
Advertisement

Game Release Dates is the best source to find out when does G-Force come out. Dates do change so check back often as the release approaches.
Privacy Policy
Copyright (c) 2021 www.gamereleasedates.net