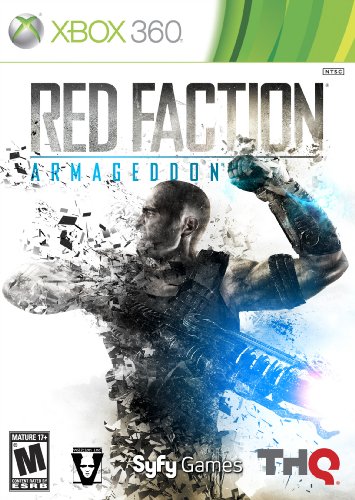 Rating: Mature
Genre: Action
Overview
Red Faction: Armageddon follows a storyline unfolding fifty years after Mars was liberated by the Red Faction resistance, as war breaks out on the red planet once again. The surface of the planet has been rendered uninhabitable, and Colonists struggle to survive in the underground mines below. You play as Darius Mason, who accidentally unleashes a previous unknown and hidden evil on Mars. Facing the power of Armageddon, Darius and the Red Faction are the last hope for the human colony on Mars. Battle through a variety of environments on the planetary surface as you struggle to survive, and turn back the tide of destruction which was released on the planet. In this explosive adventure, you are mankind's last chance.
The products below contain affiliate links. We may receive a commission for purchases made through these links.
Advertisement

Game Release Dates is the best source to find out when does Red Faction Armageddon come out. Dates do change so check back often as the release approaches.
Privacy Policy
Copyright (c) 2021 www.gamereleasedates.net