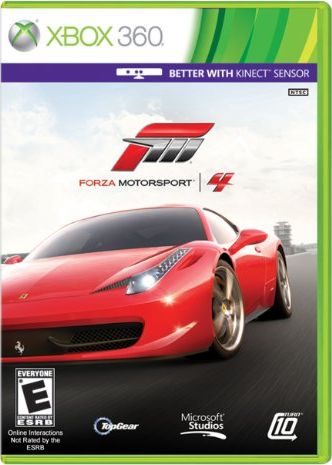 Rating: Everyone
Genre: Racing
Overview
Forza Motorsport 4 takes the critically acclaimed driving simulation series to new heights, with state of the art graphics and a host of new features and improvements that set a new bar for realism and excitement in a driving game. A first for the series is the new 'Autovista' mode, which allows gearheads to get up close and personal with some of the world's most desirable cars, as Top Gear's Jeremy Clarkson tells you about some of the finer points of the vehicles in question. If you're more interested in the driving itself than the cars, a career mode which takes the player around the world and an updated range of multiplayer options put Forza Motorsport 4 a nose ahead of the competition.
The products below contain affiliate links. We may receive a commission for purchases made through these links.
Advertisement

Game Release Dates is the best source to find out when does Forza Motorsport 4 come out. Dates do change so check back often as the release approaches.
Privacy Policy
Copyright (c) 2020 www.gamereleasedates.net