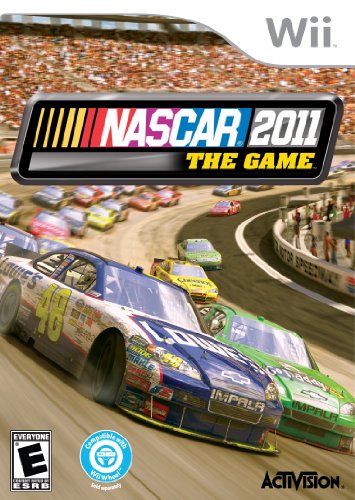 Rating: Everyone
Genre: Racing
Overview
NASCAR The Game 2011 allows players the chance to enjoy the challenge of the world's top tier of professional stock car racing. Users can play as themselves or take the role of popular NASCAR champions. The realistic game engine includes physics that accurately simulate wrecks and collisions on the race tracks. The unique damage game engine includes effects such as rolling over and side swiping at high speeds. While competing in the Sprint Cup Series, players in NASCAR The Game 2011 can enjoy the best speedways in North America with realistic simulation of the venues and settings featuring cheering crowds. Realistic pit stops and other emergencies are also simulated. In career mode, players can compete against more than 40 other real life NASCAR drivers. In online play, there's the option of engaging in races with up to 16 total players.
Advertisement

Game Release Dates is the best source to find out when does NASCAR The Game 2011 come out. Dates do change so check back often as the release approaches.
Privacy Policy
Copyright (c) 2020 www.gamereleasedates.net