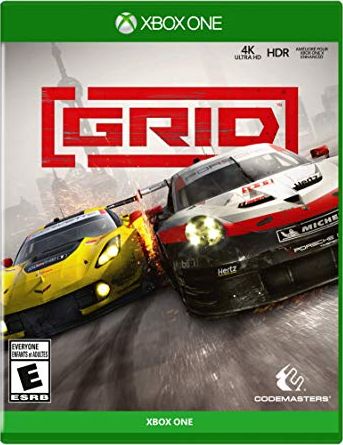 Rating: Everyone
Genre: Racing
Overview
Known in Europe fully as Race Driver: Grid, GRID is a racing game designed as an addition to the TOCA Touring Car series. Developed and published by Codemasters, GRID starts by letting players take on jobs to get money in exchange for driving cars for various teams. After getting enough money, the player then has the ability to buy his own vehicle and drive for himself rather than for someone else, though he may still drive for other teams if he wishes. GRID features a rewind system that reverses damage should the player make an error while driving, but this is a very limited feature so that it is not abused during races and gameplay. The game runs on the Ego engine, developed by Codemasters as well, which is also an upgrade to the Neon engine that was used in earlier Codemasters games.
The products below contain affiliate links. We may receive a commission for purchases made through these links.
Advertisement

Game Release Dates is the best source to find out when does GRID come out. Dates do change so check back often as the release approaches.
Privacy Policy
Copyright (c) 2022 www.gamereleasedates.net