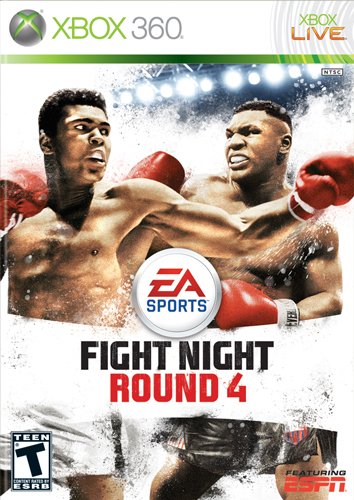 Rating: Teen
Genre: Sports
Overview
There is a new legacy mode in this installment. This allows players to enter into a career of fighting. Fighters start out as amateurs. As fights are won, it improves the skills of the fighter thus allowing them to advance their careers and enter into a professional fighting career. The overall fundamentals and aesthetics of the game have been improved to make punching effects seem more realistic. The damage suffered from a punch is similar to what it would e in a real life situation. The boxing styles used in this game are based upon actual fighting styles of some of boxing's greatest fighters such as Ali, Foreman, Tyson and Frasier. Players can learn how to use the moves, hits and styles of these boxing legends throughout their careers in the game to become the king of the ring.
Advertisement

Game Release Dates is the best source to find out when does Fight Night Round 4 come out. Dates do change so check back often as the release approaches.
Privacy Policy
Copyright (c) 2020 www.gamereleasedates.net