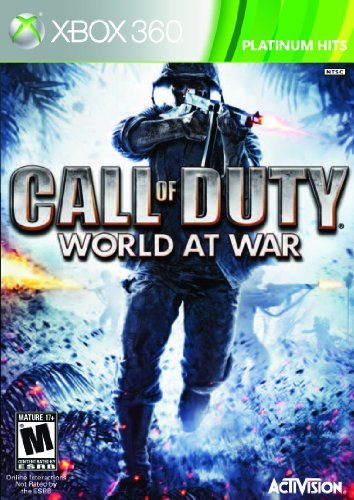 Call of Duty: World at War

Rating: Mature
Genre: Action, Shooter
Overview
Join the fight against the Germans and the Japanese in World War II missions set in the Pacific as well as Europe. Fight the bloody battle yourself in campaign mode, or choose to join up to 3 other players for a combined effort. Multiplayer can be played in either adversarial mode or co-operative play. Choose between bloody infantry, vehicle, or airborne missions. As a change of pace, there is also a mission that revolves around slaying Nazi zombies.
The products below contain affiliate links. We may receive a commission for purchases made through these links.
Advertisement

Game Release Dates is the best source to find out when does Call of Duty: World at War come out. Dates do change so check back often as the release approaches.
Privacy Policy
Copyright (c) 2021 www.gamereleasedates.net