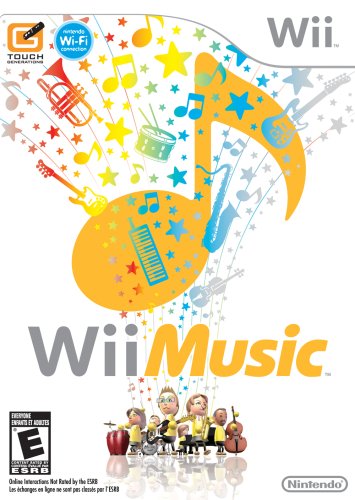 Rating: Everyone
Genre: Musical
Overview
Take advantage of a music game where you can't make mistakes. Play different musical instruments by making the movements of a real player! With Wii Music, you can put a band together with up to six players. Playing in solo mode, you can add a part at a time to create the full band sound. There are so many ways to make music with Wii Music. Beyond jamming with a band, features such as conducting an orchestra, testing your ability to determine pitch accurately, drumming and even playing in a handbell choir are all just part of the options available. Unlock your musical potential and enjoy a wide variety of options with Wii Music.
The products below contain affiliate links. We may receive a commission for purchases made through these links.
Advertisement

Game Release Dates is the best source to find out when does Wii Music come out. Dates do change so check back often as the release approaches.
Privacy Policy
Copyright (c) 2022 www.gamereleasedates.net