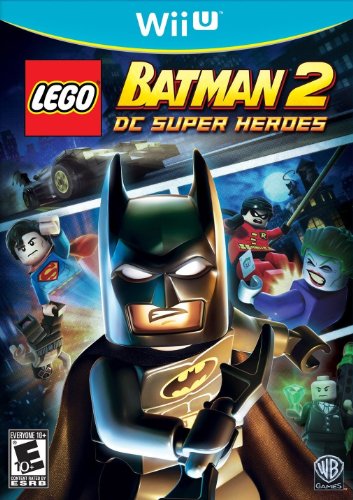 Rating: Everyone 10+
Genre: Adventure
Overview
Joker has joined forces with Lex Luthor, and together, they are plotting to take over the world. Naturally, this does not set well with their rivals, Batman and Superman, or with any of their super-powered friends who are dedicated to upholding justice in the world. Of course, as this is a LEGO game, they are LEGO mini-figs, as are all of the other characters, while the landscapes and props are all made out of LEGO as well. The fun blend of superheroes and LEGO makes for an unusual game, though it is typical of the LEGO games preceding it. Like the other games, this has both single and two-player modes, and it includes five detailed sets and several vehicles that players can construct themselves, as well as many puzzling challenges.
Advertisement

Game Release Dates is the best source to find out when does LEGO Batman 2: DC Super Heroes come out. Dates do change so check back often as the release approaches.
Privacy Policy
Copyright (c) 2020 www.gamereleasedates.net