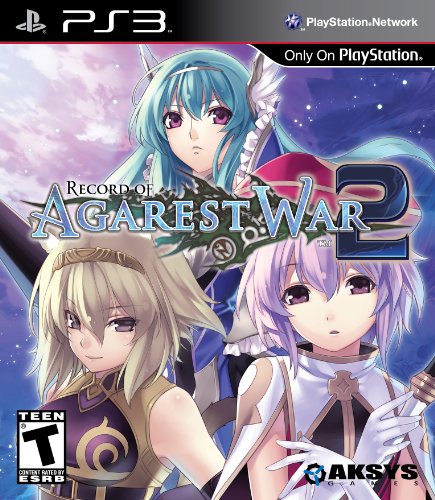 Rating: Teen
Overview
Originating in the central continent, the "Day of Light" marked the onset of a flood of demons, who spread through the known world, bringing death and destruction. As Record of Agarest War 2 begins, you encounter Weiss, a young man deprived of his memory, and Eva, who claims to be an Agent of the Divine. Eva explains to Weiss that he has murdered a divinity. His atonement must be to become a vessel for the power of that divinity and bring about the god?s resurrection. Players may roam freely in the new worlds of Agarest 2, which features a grid-based battle system that poses an even greater challenge than the previous two installments of the series. The high-definition graphics give an entirely new dimension of realism to characters and environments, while Record of Agarest War 2 also offers a series of challenging mini-games.
The products below contain affiliate links. We may receive a commission for purchases made through these links.
Advertisement

Game Release Dates is the best source to find out when does Record of Agarest War 2 come out. Dates do change so check back often as the release approaches.
Privacy Policy
Copyright (c) 2022 www.gamereleasedates.net