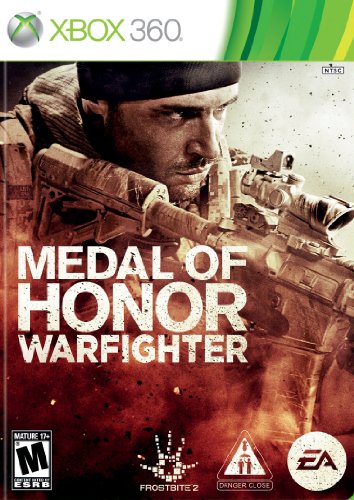 Rating: Mature
Genre: Action
Overview
Medal of Honor: Warfighter is a followup to Medal of Honor, but you will probably remember the franchise from the original installments released on the original Playstation, or the rash of multiplatform sequels in the years that followed. The first games were seen as a precursor to the now mammoth Call of Duty series, and Warfighter continues EA's attempt to compete with Call of Duty, offering an exciting campaign mode as well as a plethora of online multiplayer options. The game uses EA's Frostbite engine to offer highly detailed and realistic graphics - which are as impressive in the newly redesigned multiplayer mode as they are in the campaign. Medal of Honor: Warfighter is a solid step forward in reviving the venerable Medal of Honor series.
The products below contain affiliate links. We may receive a commission for purchases made through these links.
Advertisement

Game Release Dates is the best source to find out when does Medal of Honor: Warfighter come out. Dates do change so check back often as the release approaches.
Privacy Policy
Copyright (c) 2020 www.gamereleasedates.net