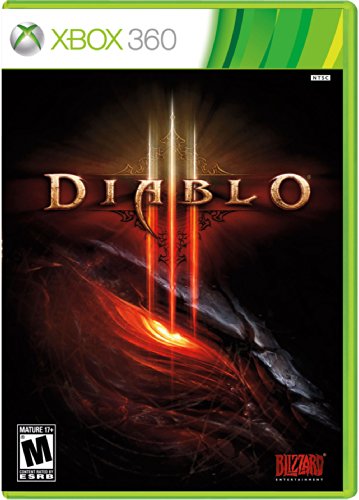 Rating: Mature
Overview
Diablo II was one of the most popular games ever made, with die-hard fans playing it even today. Diablo III picks up where DII left off, bringing the Diablo franchise into a new era. Players take their pick of old classes like the Barbarian or new characters like the Demon Hunter, all to make their way through the temples, caverns and landscapes filled with evil. An instant classic in top-down monster slaying, Diablo III begins with the fall of a star to earth and the quest to rescue Deckard Cain from where it landed. Along the way, the player must confront and overcome legions of undead, including the fearsome Skeleton King Leoric. All of this is just a precursor to the confrontations with the demon lords Azmodan and Belial. Are you fast enough and strong enough to stop the resurrection of the demon king Diablo himself?
The products below contain affiliate links. We may receive a commission for purchases made through these links.
Advertisement

Game Release Dates is the best source to find out when does Diablo III come out. Dates do change so check back often as the release approaches.
Privacy Policy
Copyright (c) 2021 www.gamereleasedates.net