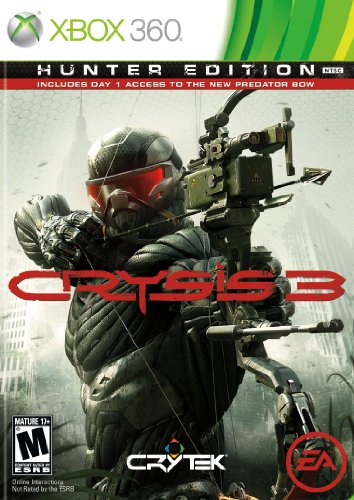 Rating: Mature
Genre: Action
Overview
Prophet, the soldier in the Nanosuit who has been a hero for some time, has come to city of New York. Not only does New York lie within the grip of an alien invasion, an immense nanodome also covers it. The city is hidden from view from anybody who would wish to enter to see it, thus not exposing a military faction has set up a base within. Nobody knows what this faction wants or what it has found, and bringing it down will require work from the inside out. With extremely dangerous weapons in the form of arrows, and stealth technology, Prophet engages not only the aliens, but also those within the city, as well as battling through the many wonders that the city holds. The truth behind the death of Prophet?s squad is one of the main goals to be discovered, but also to establish human will and the power that it gives those who are being subjugated.
Advertisement

Game Release Dates is the best source to find out when does Crysis 3 come out. Dates do change so check back often as the release approaches.
Privacy Policy
Copyright (c) 2020 www.gamereleasedates.net