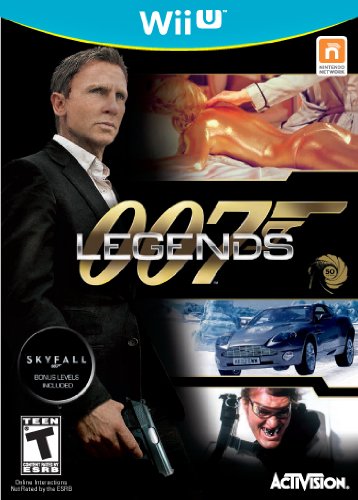 Rating: Teen
Genre: Action, Shooter
Overview
James Bond has been shit and left to die at the end of a failed international mission. After his life flashes before his eyes, Bond realizes he must finish his mission and begins tracking an international terrorist to Shanghai. Players fight to save the world by engaging new all new mini-games and using the latest Bond-style gadgets. Team up with your friends in an online or offline split screen multiplayer game mode and use your cunning to conquer more than six unique levels.
Advertisement

Game Release Dates is the best source to find out when does James Bond 007 Legends come out. Dates do change so check back often as the release approaches.
Privacy Policy
Copyright (c) 2020 www.gamereleasedates.net