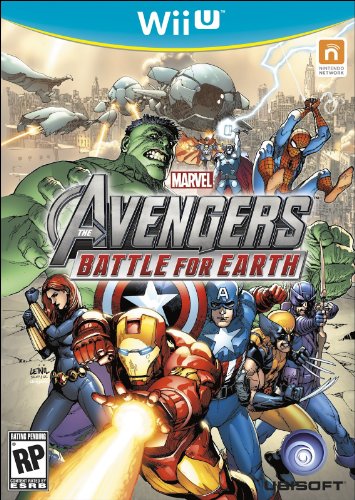 Rating: Teen
Genre: Action, Fighting, Kinect
Overview
Ever have those conversations, "Who would win in a fight--?" with your friends? Well now you can settle that argument for once and for all. Twenty different Marvel heroes-- and villains-- face off in this epic combat game. Players can battle against the AI or against one another and settle that question of supremacy for once and for all. Each character has unique abilities and powers, keeping fight after fight dynamic and surprising. Six different game modes offer players a multitude of ways to settle arguments, with co-op. arcade, versus, challenges, campaign, and tournament modes. Players can unlock new outfits as well as collect cards to brag about their progress. The motion capture play gets you off the couch and into the action in some amazing battles that will leave you breathless.
The products below contain affiliate links. We may receive a commission for purchases made through these links.
Advertisement

Game Release Dates is the best source to find out when does Marvel Avengers: Battle For Earth come out. Dates do change so check back often as the release approaches.
Privacy Policy
Copyright (c) 2021 www.gamereleasedates.net