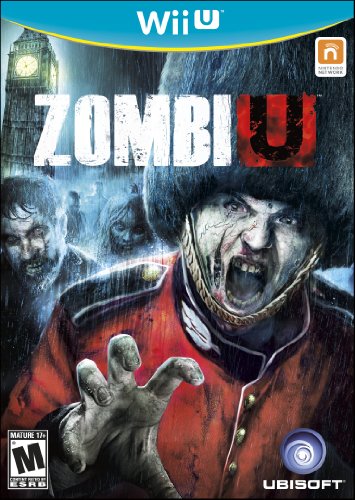 Rating: Mature
Genre: Action, Shooter
Overview
A great plague has enveloped all of London! People who were unprepared for this plague became infected and now roam the land as zombies. In this first-person shooter, you take control of a random survivor. You will also be working with a mysterious man who has agreed to show you the ropes. Unlike other survival-horror games, one bite in ?ZombieU? and your done for! Once killed, you take the role of another survivor and must hunt down your former self in order to take back your supplies! Can you survive the plague and make it out of London alive?
The products below contain affiliate links. We may receive a commission for purchases made through these links.
Advertisement

Game Release Dates is the best source to find out when does ZombiU come out. Dates do change so check back often as the release approaches.
Privacy Policy
Copyright (c) 2022 www.gamereleasedates.net