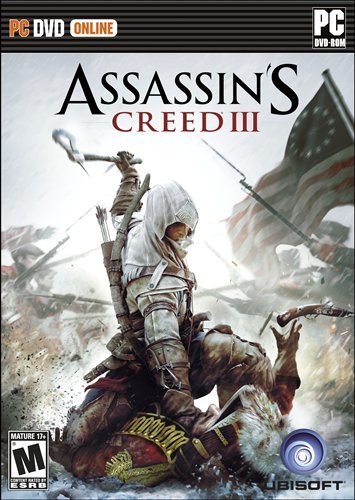 Rating: Mature
Genre: Adventure
Overview
Assassin's Creed 3 uses an open world game play with a third person perspective. This particular game uses a story line that is based on the American Revolution during the 18th century. Players engage in realistic battles in North America such as the Battle of Bunker Hill and other major conflicts within the Revolutionary War. Players can advance through the levels of Assassin's Creed 3 by taking on the role of three main characters. Desmond Miles is a futuristic assassin, Ratonhnhake:ton is a native American warrior and Robert Faulkner is an intelligent accomplice. Assassin's Creed 3 uses a combination of different weapons that seem out of chronological order when featured in the 18th century. Gun boats, rifles, bayonets, pistols and artillery make up the diverse arsenal in this game. The Anvil Next Game engine delivers realistic virtual battle simulation.
Advertisement

Game Release Dates is the best source to find out when does Assassin's Creed 3 come out. Dates do change so check back often as the release approaches.
Privacy Policy
Copyright (c) 2020 www.gamereleasedates.net