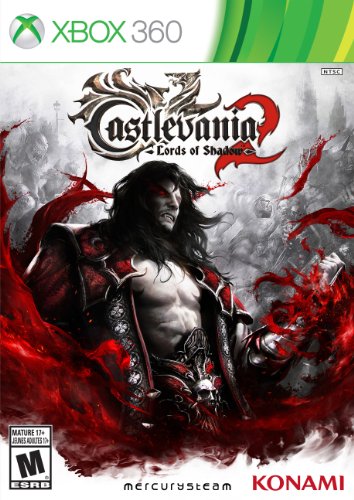 Rating: Mature
Genre: Adventure
Overview
The action packed thriller Castlevania: Lords of Shadow 2 brings on the return of Dracula. Players can continue to figure out his true connection with the Belmonts as well as his entire existence. Dracula's purpose in this game is to wreak absolute havoc to battle ultimate evil. He wishes to bbe released from his immortal bonds so he can be relieved of his weaknesses in order to perform better in battles. Dracula needs a bit of help from a team of skilled demons and fighters in order to regain his old powers. In this installment there are several new twists and calls to action to keep players on their toes. Players have to keep their eyes peeled because battles can come right after a previous one. Some of these battles get really intense and wear Dracula down quicker than in the past.
The products below contain affiliate links. We may receive a commission for purchases made through these links.
Advertisement

Game Release Dates is the best source to find out when does Castlevania: Lords of Shadow 2 come out. Dates do change so check back often as the release approaches.
Privacy Policy
Copyright (c) 2021 www.gamereleasedates.net