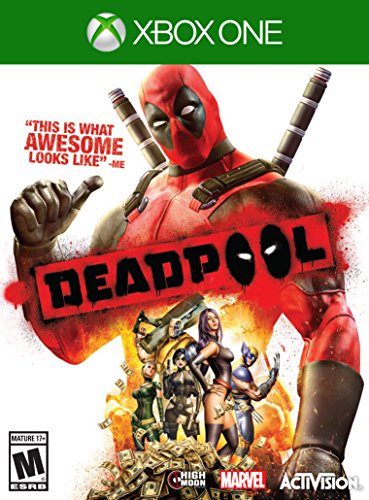 Rating: Mature
Genre: Action, Fighting
Overview
Featuring Marvel Comics? legendary fourth-wall-breaking Merc with a Mouth, DeadPool is a third-person action-shooter that comes loaded with more insane, over-the-top, glorious comic book violence than you can shake a katana at. In addition to the ultra-violent taco loving title character, this game is studded with cameos from X-Men favorites like Psylocke, Wolverine and Rogue. This irreverent and engaging shooter bursts out of the screen with intense animation, challenging combat combos, and Deadpool?s trademark fourth-wall shattering dark humor. The engaging story and gruesome graphics are perfect for older players and fans of the Merc with the Mouth.
The products below contain affiliate links. We may receive a commission for purchases made through these links.
Advertisement

Game Release Dates is the best source to find out when does Deadpool come out. Dates do change so check back often as the release approaches.
Privacy Policy
Copyright (c) 2020 www.gamereleasedates.net