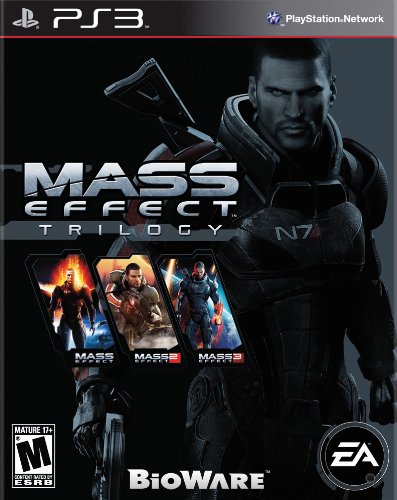 Rating: Mature
Genre: Action
Overview
Mass Effect Trilogy allows players to experience the groundbreaking Mass Effect saga in its entirety as one package. Playing as Commander Shepard, you will be forced to make difficult decisions and see what happens as a result over the course of three epic games. The mix of cover-shooter combat and RPG character advancement is a refined and satisfying basis for the gameplay of Mass Effect, but what really sets the series apart is the dedication to plotting and characterization. Your character and your team are shaped by the choices that you make whilst playing, and each decision may have serious consequences later in the series. The gripping storyline is complemented by the multiplayer mode made available in Mass Effect 3, where you can go online with friends and see who's the best intergalactic soldier.
The products below contain affiliate links. We may receive a commission for purchases made through these links.
Advertisement

Game Release Dates is the best source to find out when does Mass Effect Trilogy come out. Dates do change so check back often as the release approaches.
Privacy Policy
Copyright (c) 2021 www.gamereleasedates.net