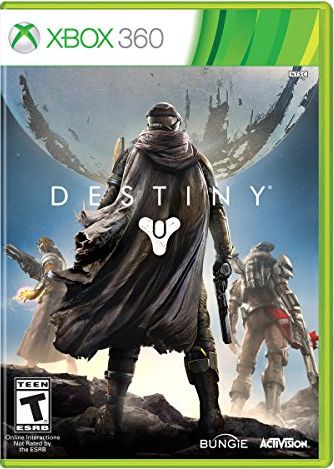 Rating: Teen
Genre: Action, Shooter
Overview
While playing Destiny, a game from the creators of halo and the brand that brought Call of Duty to the markets, you will be a guardian on Earth's last city. You can wield superhuman powers and explore the ruins of the solar system. While traversing Mars' red dunes or moving through Venus' lush jungles, you can battle Earth's enemies and become a legend. The epic game places you in a world that is filled with rich cinematic scenes, and you have an opportunity to unravel the universe's mysteries and reclaim what was lost at the end of the Golden Age. With a stunning combination that includes public play, storytelling and cooperation, you can embark on adventures with your friends or battle the enemies on your own. As you create your own legend, you have a chance to customize your appearance and find armor and weapon combinations that build your reputation--as Legend.
Advertisement

Game Release Dates is the best source to find out when does Destiny come out. Dates do change so check back often as the release approaches.
Privacy Policy
Copyright (c) 2020 www.gamereleasedates.net