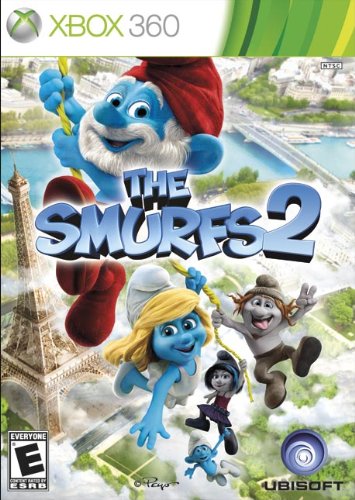 Rating: Everyone
Genre: Adventure
Overview
Based on the family animated film The Smurfs 2, the action adventure and storybook game The Smurfs 2 puts you in the shoes of the Smurfs as they attempt to save Smurfette who was stolen by the evil sorcerer Gargamel and two dark Smurf creatures called the Naughties and then hauled off to a new life in Paris. Select your favorite Smurf as your avatar, leave the Enchanted Forest and then search through six locations including the Spooky Woods, New York City, the Lava Jungle, the Arctic Tundra and Paris alone or with up to three others in cooperative game play. Select the best Smurf traits, such as Vanity's striking pose or Papa Smurf's magical potion abilities, and play mini-games to help you in your quest to bring Smurfette back to her home in Smurf Village!
Advertisement

The Smurfs 2
Wii U Release Date

Game Release Dates is the best source to find out when does The Smurfs 2 come out. Dates do change so check back often as the release approaches.
Privacy Policy
Copyright (c) 2020 www.gamereleasedates.net