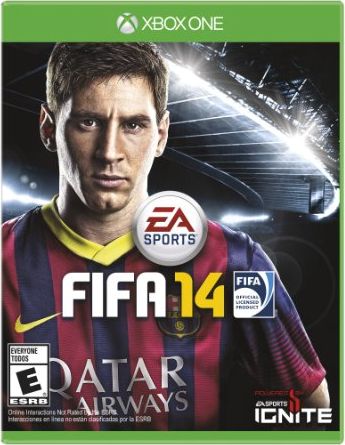 Rating: Everyone
Genre: Sports
Overview
Players like Per Mertesacker, Robin Van Persie, and Wojciech Scszesny among countless others are all in it to win it during FIFA 14. Not only do they have to contend with one another, they must also learn to tune out the crowd, the screams, the taunts from other players, and focus on making sure the ball gets where it is destined to go. However, this is far from easy. Television cameras watch every move the players make, putting the pressure on them in ways they never believed. There also appears a countless number of fans cheering and jeering the players on during the game. Within the walls of the Emirates Stadium, the players realize they have no choice but to persevere and win this match for their team. Amid diving kicks, harsh blows, and balls flying at dangerous speeds, the teams who are competing will enter a battle royal to see who will come out on top as the FIFA champion!
The products below contain affiliate links. We may receive a commission for purchases made through these links.
Advertisement

Game Release Dates is the best source to find out when does FIFA 14 come out. Dates do change so check back often as the release approaches.
Privacy Policy
Copyright (c) 2021 www.gamereleasedates.net