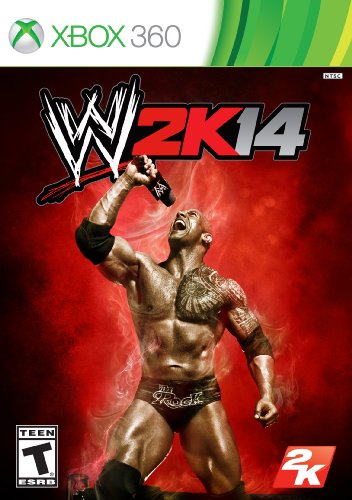 Rating: Teen
Genre: Sports
Overview
Wrestling just became real with ?WWE 2K14,? and there is no turning back from the passionate physical assault. 2K Sports has truly created a beastly monster. With the most complete roster of fighters that the sport has ever seen, this title flaunts powerhouse physics and crystalline graphics. Predator Technology 3.0 smooths out the entire affair to generate flawlessly fast engagements in the ring. The Rock is gloriously featured on the cover of this game, and his presence provides an invigorating boost to the rampant crushing carnage. Other iconic wrestlers include Undertaker, Stone Cold Steve Austin and ?Macho Man? Randy Savage. Build your own WWE superstar with the intuitive modifications enshrined in the Creation Suite. Afterward, explore the dynamic Universe Mode that provides first-person viewpoints of a career in this explosive industry. Over three decades of the franchise's infamous notoriety is assembled into one scorchingly slick sport simulation.
Advertisement

Game Release Dates is the best source to find out when does WWE 2K14 come out. Dates do change so check back often as the release approaches.
Privacy Policy
Copyright (c) 2020 www.gamereleasedates.net