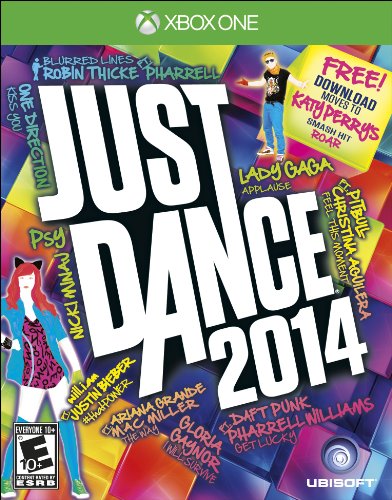 Rating: Everyone 10+
Genre: Dancing
Overview
Just Dance 2014 turns the living room into a virtual dance club and vibrant party. For the first time in the Just Dance video game franchise, this title allows players to engage in fun multiplayer online modes with other dancers from all over the world. The core of Just Dance 2014 is based on players grooving to dozens of popular music hits from different eras. Players can create virtual crews that can become the best choreographed dancers in the world. A stage mode features one leading dancer that is supported by several back up dancers. The bonus Just Sweat Mode is great for practicing dance moves before competing against others. The graphics in Just Dance 2014 have a simple design inspired by classic cartoon animations. However, this interactive rhythm game does not reward players for singing along to pop hits.
The products below contain affiliate links. We may receive a commission for purchases made through these links.
Advertisement

Game Release Dates is the best source to find out when does Just Dance 2014 come out. Dates do change so check back often as the release approaches.
Privacy Policy
Copyright (c) 2021 www.gamereleasedates.net