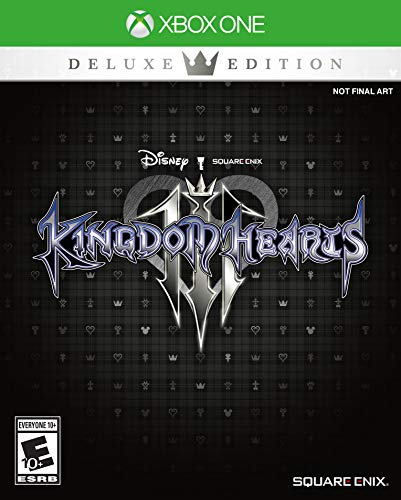 Rating: Everyone 10+
Overview
Kingdom Hearts III is the third part of the original line of games that come from the Kingdom Hearts franchise and will follow the main story. In Kingdom Hearts III, players will once again fight as Sora in order to keep the Master Xehanort from creating the X blade once more. Xehanort needs the X blade in order to Open Kingdom Hearts and change the balance of light and dark. In addition, players must attempt to save the hearts of Roxas, Xion, Ventus, Aqua and Terra. Kingdom Hearts 3 was announced at the 2013 Sony Conference. Sony has stated that it will be the last Kingdom Hearts game that is a part of the Xehanort Saga. Because of this, players can expect to revisit favorite places, weapons and characters. For example, characters include Goofy, Donald, King Mickey and Riku. The game picks up right where Kingdom Hearts 3D: Dream Drop Distance left off.
The products below contain affiliate links. We may receive a commission for purchases made through these links.
Advertisement

Game Release Dates is the best source to find out when does Kingdom Hearts III come out. Dates do change so check back often as the release approaches.
Privacy Policy
Copyright (c) 2022 www.gamereleasedates.net