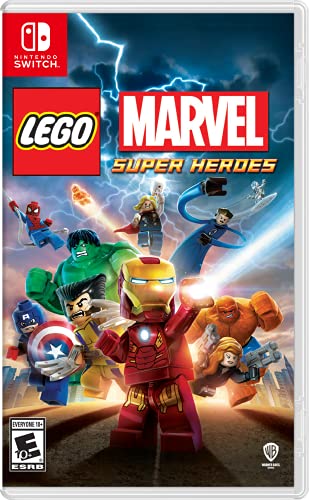 Rating: Everyone 10+
Genre: Adventure
Overview
Over 100 Marvel Comics super heroes are playable characters in the latest entry to the LEGO game series. This time around, players must use the talents of several of those heroes to prevent a group of villains from putting together a weapon that will allow them to destroy the Earth. Of course, in typical LEGO fashion players will need to collect studs, bricks, and more as they explore LEGO versions of New York, the SHIELD Helicarrier, the X Mansion, and other iconic locations to unlock a variety of hidden treasures. The game brings players a step closer to the worlds of Marvel and LEGO by putting a twist on typical and expected events with a number of familiar faces popping up to help save the day.
The products below contain affiliate links. We may receive a commission for purchases made through these links.
Advertisement

Game Release Dates is the best source to find out when does LEGO Marvel Super Heroes come out. Dates do change so check back often as the release approaches.
Privacy Policy
Copyright (c) 2021 www.gamereleasedates.net