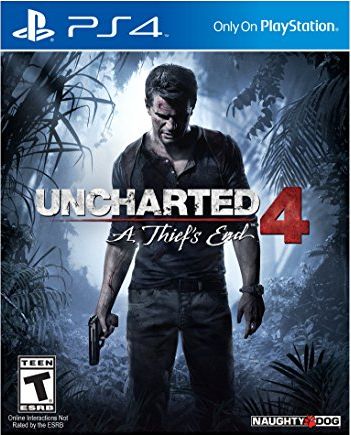 Overview
Uncharted is the fourth installment of the Uncharted series that follows the main character known as Drake. However, there is a lot of speculation about the newest installment since there is little information currently available. The developer of Uncharted has stated that they are focusing on the performance capture and the storytelling elements of the game to make it better. In addition, the developers are focusing on making the graphics better than they previously were in order to be one of the best new game releases with amazing graphics. The trailer leaves a few clues for players to guess about the Uncharted storyline but there are not any real facts. For example, the announcer talks about being left in a prison and getting revenge while there are images of an old map. Latin words around a skull on the map say ?For God and Liberty.? This is also a pirate motto.
The products below contain affiliate links. We may receive a commission for purchases made through these links.
Advertisement

Game Release Dates is the best source to find out when does Uncharted come out. Dates do change so check back often as the release approaches.
Privacy Policy
Copyright (c) 2020 www.gamereleasedates.net