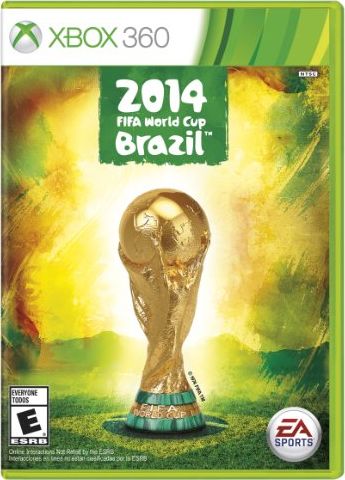 Rating: Everyone
Genre: Sports
Overview
EA Sports 2014 FIFA World Cup Brazil gives you the opportunity to play in one of the worlds most popular and exciting sporting events. Football, also known as soccer in some countries, offers lots of fun for players of all ages. Now you can become a part of the FIFA World Cup as you compete in this tournament against teams from all around the world. Players are able to choose from 203 National Football teams who they would like to compete as. Become the captain of your countries team and organize the squad list to your liking to create the best team possible. In this thrilling game, players will take their team through qualifying rounds all the way to the FIFA World Cup finals. Progress across the map as you play football games in 12 cities throughout Brazil, finally leading to the final held at Estadio do Maracana in Rio de Janeiro. With real scenarios from these football events, you are able to recreate the outcomes of some of the most popular football game matches in history.
The products below contain affiliate links. We may receive a commission for purchases made through these links.
Advertisement

Game Release Dates is the best source to find out when does EA Sports 2014 FIFA World Cup Brazil come out. Dates do change so check back often as the release approaches.
Privacy Policy
Copyright (c) 2021 www.gamereleasedates.net